https://camping-directory.uk/3263
If you’re after an environmentally-conscious site in West Wales, family-friendly Under Starry Skies, 15 minutes’ drive from the Carmarthenshire town of Llandeilo, is an eco-warrior's dream.

And how? Well, it’s got solar panels to generate light and enough electricity to charge phones, its units are heated by woodburning stoves and the toilets are of the compost variety. It’s also among wildflower meadows, so soundtracks to stays are provided by natural birdsong and wind in the trees (and the guitars available for guests’ use).

For strolls after strumming your favourite songs, the grounds are 15 minutes' drive from the edge of the Brecon Beacons National Park, Wales’s first International Dark Sky Reserve. The name of the site isn’t an exaggeration: lack of electric illuminations on site and low light pollution make it a top spot for stargazing, so eyes should be certainly be trained on the skies during clear nights. 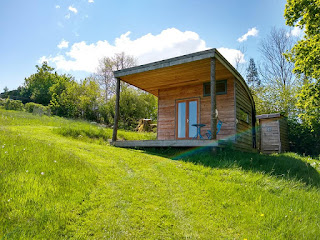 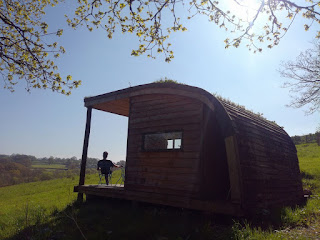 Posted by The Camping Directory at 13:43